Many sights are located in or around the present city center, as this was the entire city for many centuries, strictly confined by a fortification. Today the Ringstrasse is one of the most beautiful boulevards

Only few romanesque and gothic buildings remain, which are typically churches. The most famous one is certainly St. Stephen’s Cathedral, which marks the very center of Vienna and features both medieval architectural styles. The imperial Hofburg Palace also has a medieval core, but was extended and modified many times in various kinds of styles, such that the original look is well concealed today.

The baroque style is much more prominent in Vienna (and Austria). Many churches were built in that period, among them St. Charles’s Church, which is located in close proximity to the conference venue. But there are also important secular buildings from the baroque era, most prominently Schönbrunn and Belvedere palaces. Also the former university building which now hosts the Austrian Academy of Sciences stems from that period.

The predominant historic style, however, dates back to the latter half of the 19th century, and is generally known as historicism. It means that previous styles were copied and often combined. As in many other cities, the fortification was eventually torn down, making room for a circular boulevard around the city center with many important buildings, such as the City Hall, the State Opera, the Parliament and several others. The architectural style was often chosen according to the function of the building. Ancient Greece, as an example, was considered the birthplace of democracy, and hence the parliament building was erected in a neo-classical style. Moreover, many residential buildings in place today date back to the turning of the (19th to 20th) century.

Around 1900, the Jugendstil (Art noveau) emerged, and there are still several remnants of that era, most notably the Vienna Secession building, which is not far from the conference venue. The first metropolitan railways, built by Otto Wagner, also date back to that era, and you can still see the historic Karlsplatz station building close to the venue. Soon thereafter, modernism emerged, which was widely applied in an unparalleled municipal tenement building program between WW1 and WW2. One of the most prominent architectural evidence of that era is the Karl-Marx-Hof with more than 1300 apartments. It is more than a kilometer long and remains the longest residential building in the world to date.

Even though Vienna is largely bound to (art) history, also modern buildings can be found throughout the city. One important example is the Vienna International Centre, which hosts the United Nations office at Vienna and dates back to the 1970s. Typical specimen of 1980s postmodern architecture are the Marriott hotel opposite Stadtpark along the circular boulevard around the city center or the Haas-Haus right opposite of St. Stephen’s Cathedral in the city center. A completely different style, although from the same period, can be found in the tenement building by Hundertwasser. In the third millenium, even deconstructivism entered Vienna, such as with the T-Center. Moreover, a few clusters with skyscrapers emerged recently in outer districts. Nonetheless, it is unlikely that Vienna will one day be known by its skyline. 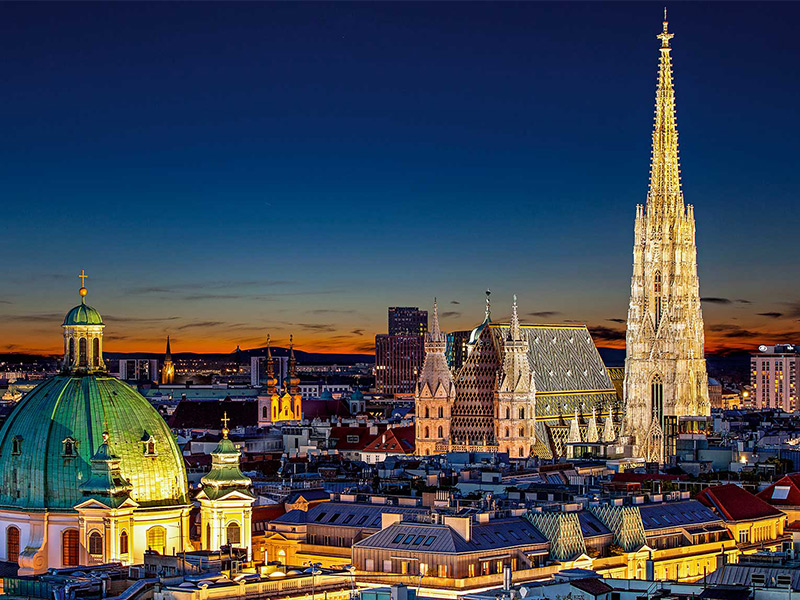 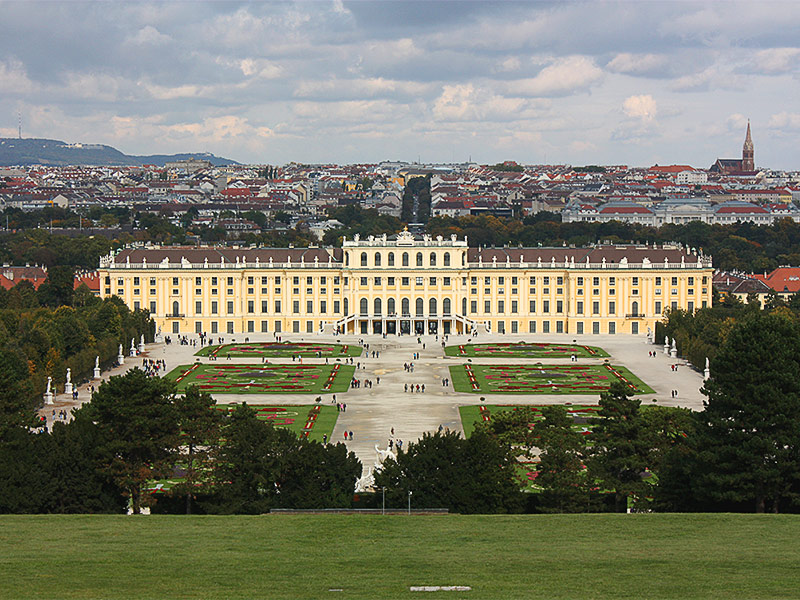 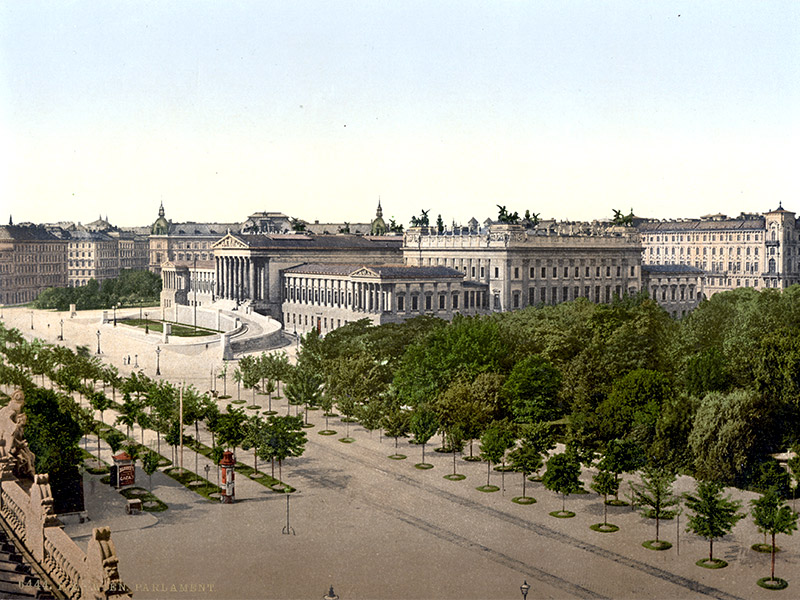 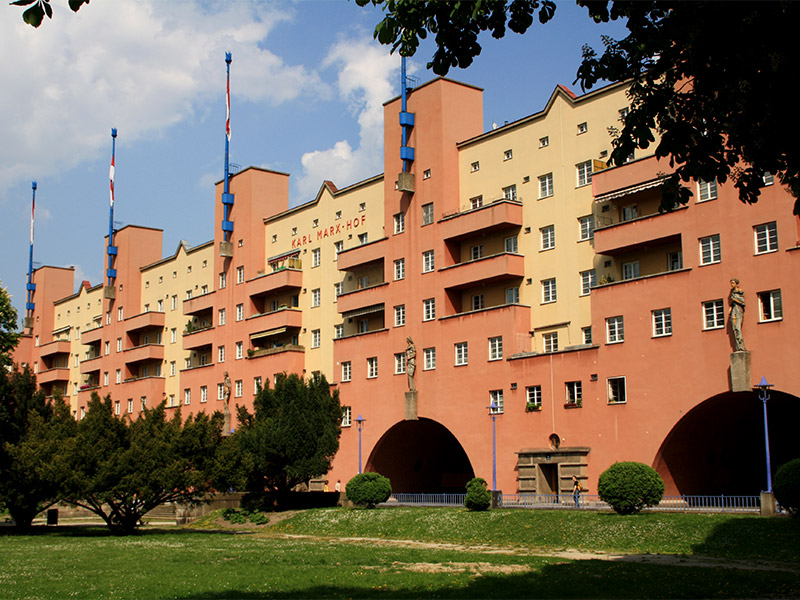 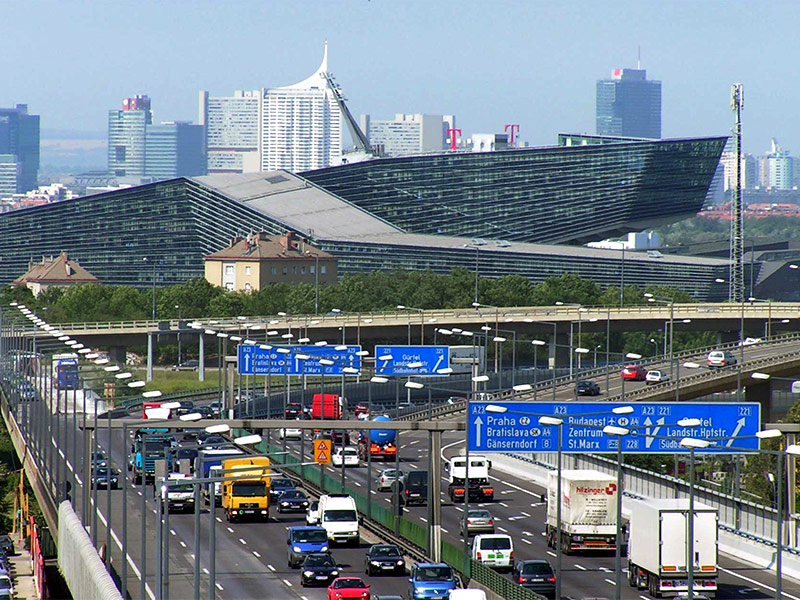